What Do We Know About Wrong-Way Drivers?

One of the most dangerous types of accidents is that of the wrong-way driving. On average 360 lives are lost each year as a result of wrong-way collisions, according to the National Highway Traffic Safety Administration’s Fatality Analysis Reporting System (FARS).

But, do we truly understand why these wrong-way accidents keep happening?

The National Transportation Safety Board (NTSB) reviewed statistics from FARS’s six-year analysis of wrong-way driving collisions. Here’s what they found: 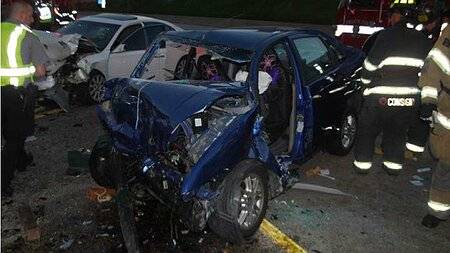 Drunk Driving is the Main Cause

In the case of 1,566 wrong-way drivers involved in driving accidents during the study, 1,111 had alcohol in their system prior to the collision.

Figure 1 shows the breakdown of drivers where blood alcohol content. 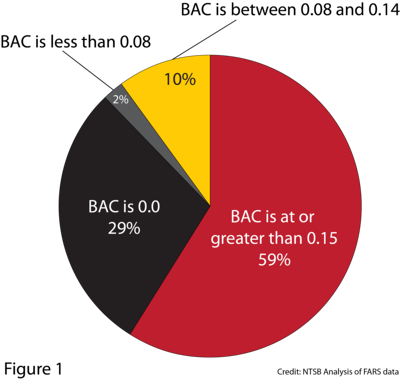 684 drivers who had their BAC collected were considered to have extremely high levels (.15 or above). Only 29 percent of wrong-way collisions were caused by drivers not under the influence of drugs or alcohol. We can conclude that states that have a higher amount of drunk-driving problems leave more room for an increased level of wrong-way accidents.

Age is a Factor as Well

While alcohol is the main factor for a high proportion of wrong-way accidents, it isn’t the only common denominator.

Of the collisions where alcohol was not involved, a disproportionate amount of accidents were caused by drivers over the age of 70 years old.

According to the Centers for Disease Control and Prevention, involvement in fatal crashes per mile traveled begins increasing among drivers ages 70 to 74 and are at its highest for drivers 85 and older. Factors like cognitive function, declining vision and physical challenges contribute.

Difficult conversations need to be had about America’s aging population on its roadways as an estimated 40 million drivers over the age of 65 are expected to be behind the wheel by 2020, according to an older driver fact sheet released by AAA.

When are They Happening?

With alcohol being the main factor in wrong-way collisions, most accidents occur during the night and early morning when the general population may be consuming alcohol.

Refer to Figure 3. Of the 1,566 wrong-day drivers analyzed in the FARS data, 78 percent of fatal wrong-way collisions occurred between 6 p.m. and 6 a.m., with the highest segment (31 percent) of wrong-way accidents occurring around bar close hours: between midnight and 3 a.m. 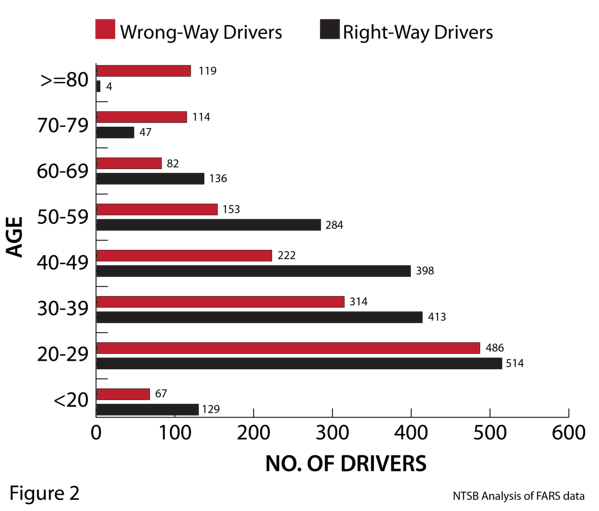 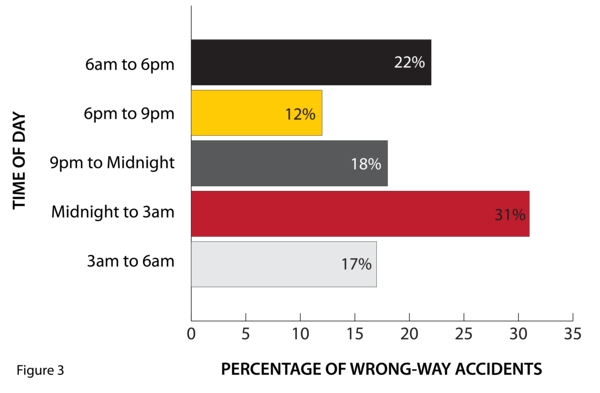